The fabric of Nashville is a tapestry all its own: the long history of music, warm hospitality, and authentic food and drinks weave together to create a place that has become beloved around the world. For visitors, a primary destination is often downtown, and with good reason — as the home of the Ryman Auditorium, which originally housed the Grand Ole Opry, the downtown neighborhood and its many live music spots are a major part of what made Music City famous. For visitors and locals alike, though, it might come as a surprise to learn about the neighborhoods that make up the greater “downtown” part of the city. 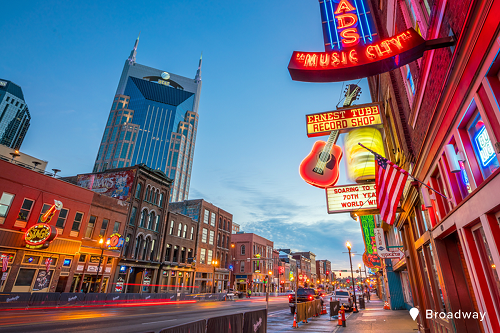 Where to begin in the neighborhood that brings in an average of over 15 million visitors every year? The vibrant locale of Broadway is home to the late-night honky-tonks that draw in fans of all kinds of music — but especially toe-tapping country tunes. Broadway has transformed dramatically over the past few decades, and the last ten years in particular have been pivotal for watering holes, eateries, and dance destinations.

One of the most exciting additions to the Broadway block is the National Museum of African American Music, a triumph in the downtown landscape and Nashville’s museum scene. After almost 20 years of planning, this cultural experience is the first destination dedicated to the 400+ years of Black music in the United States.

Now, Broadway is an explosion of color and music, and offers daytime destinations for families along with late-night spots for those ready to party after dark. Whether you’re a local or a visitor, be sure you don’t write off Broadway as “been there, done that.” With so much growth in recent years, there are dozens of new places waiting to be added to your Broadway roster. Whether you’re in the mood for basement blues, a country crooner, or a rooftop oasis, you’ll find it on Broadway. This stretch truly offers the full spectrum of experiences, from fine dining to a three-dollars-and-change fried bologna sandwich. 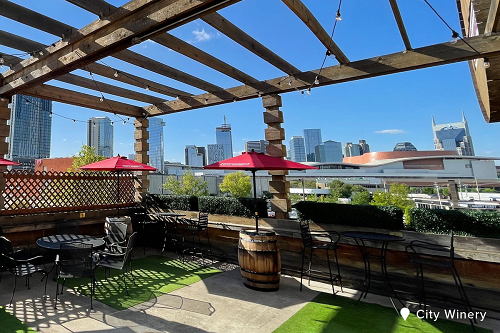 The neighborhood South of Broadway is home to an eclectic mix of venues and destinations. A major hub for the arts, SoBro is home to the internationally acclaimed and architecturally renowned Schermerhorn Symphony Center, home to the GRAMMY-winning Nashville Symphony. This is also where you’ll find The Country Music Hall of Fame, which sees over a million guests pass through their halls every single year. Neighborhood bars and elevated dining pepper each block with flavor, making SoBro the kind of place to spend a whole day. 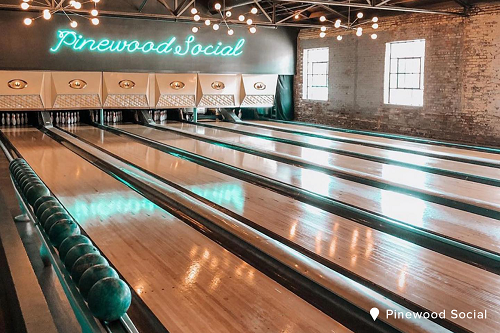 Aptly named, Rolling Mill Hill slopes up away from the Cumberland River, sprawling through an old factory district. The area is full of charm and has become a destination over the past decade due in part to the uniqueness of Pinewood Social, a true gem of the neighborhood. Pinewood Social has it all: a vintage-inspired bowling alley, an outdoor pool for warm summer days, a patio strung with fairy lights, a full bar, coffee shop, coworking space, and enormous dining room. Who could ask for anything more?

The neighborhood also offers upscale, hidden gems like Husk, which transforms Southern staples into new and inventive dishes (inside a historic mansion, no less). Local songwriters can be found rotating through beloved gems like 3rd & Lindsley and The Listening Room — the next Top 40 hit could be played for the first time to an audience of just a few lucky listeners. 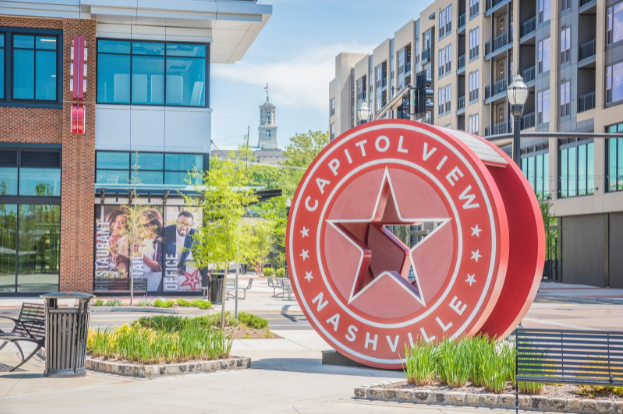 Green space like Fannie Pierce Park (named after the influential Tennessee women’s suffrage leader) is perfect for days in the sun, offering a pet-friendly atmosphere with fresh air and room to roam amid the urban jungle of downtown. Fannie Piece Park is adorned with incredible monuments to the Women’s Suffrage Movement, acting as a reminder of downtown Nashville’s rich history. 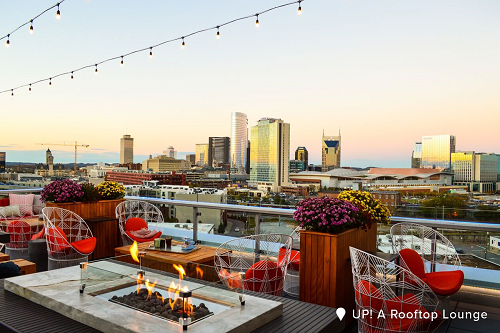 Last but certainly not least, the glittering high-rises of The Gulch sit conveniently connected to Broadway with a long staircase. Descending into The Gulch almost feels akin to walking into a new city entirely: The Gulch is home to some of the best shopping the city has to offer, in addition to fitness studios, hip coffee shops, apartments with floor-to-ceiling windows, a food scene with international and Southern cuisines alike, and a generally photo-friendly atmosphere. Start the morning with a cup of coffee from Blue Stripes or Barista Parlor; end the evening at The Pub or a high-end steakhouse.

Must-Sees: UP! A Rooftop Lounge, e.Allen

Downtown is proof that Nashville is ever-changing, evolving to feature one-of-a-kind spots that suit all tastes. For those that may feel like they already know downtown, think again — try out something new, and keep exploring until you’ve found your spot in each and every neighborhood here.