Our Top Downtown “Hotspots” To Get Cozy By The Fire 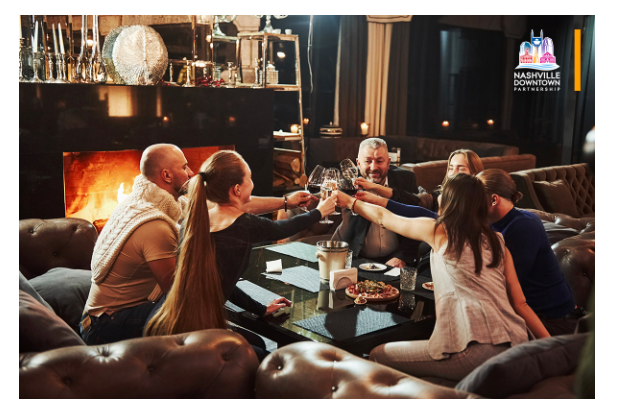 Nashville gets cold, y’all! Why not seize the opportunity to escape the blustery weather by the glow of a roaring hearth? Luckily, Downtown Nashville has tons of trendy, cozy spots to relax by the fire. Here’s our list of “hotspots.” 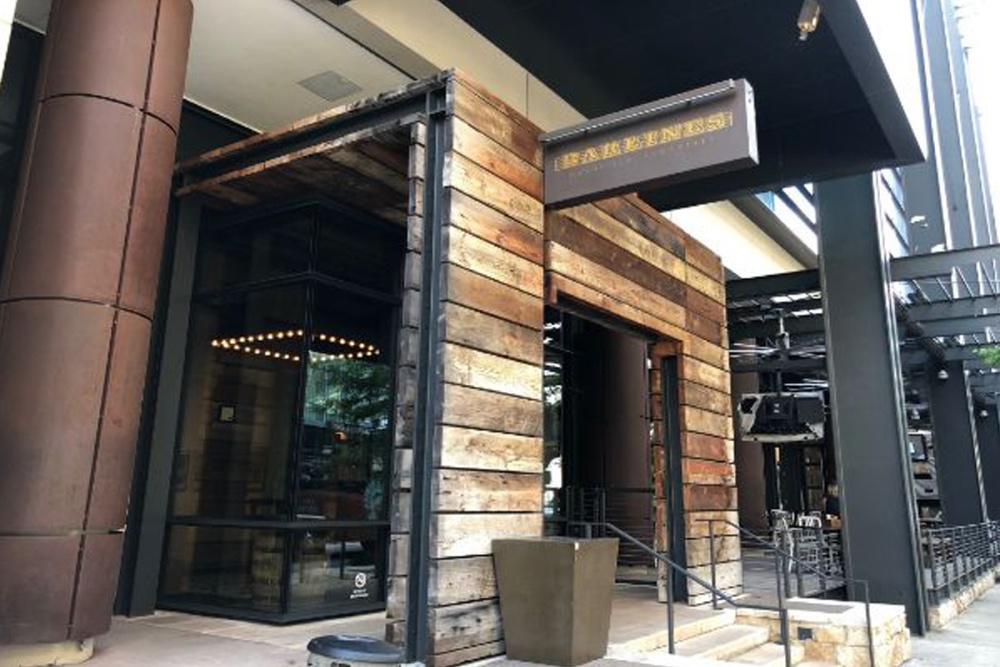 Located in the Omni Nashville Hotel, Barlines is a perfect place to get toasty (in more ways than one) with local drafts by the fireplace while you watch the big game or hear live music from Nashville’s rising stars. To turn up the heat, even more, try their Spicy Honey Sriracha Wings, named the Grand Champion of the Music City Hot Wing Festival. 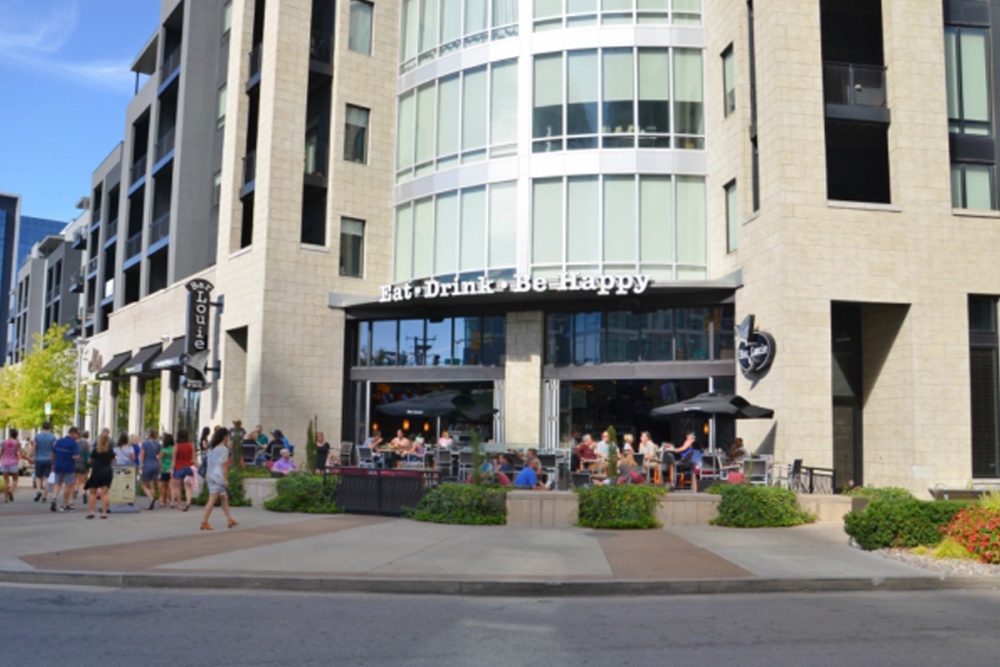 When Jack Frost is nipping at your nose, Bar Louie’s patio is the place to be. This Gulch favorite features bar bites and an endless menu of cocktails served by a modern fireplace built into your outdoor table! Plan to warm up your blood and the conversation during their notorious happy hour this week. 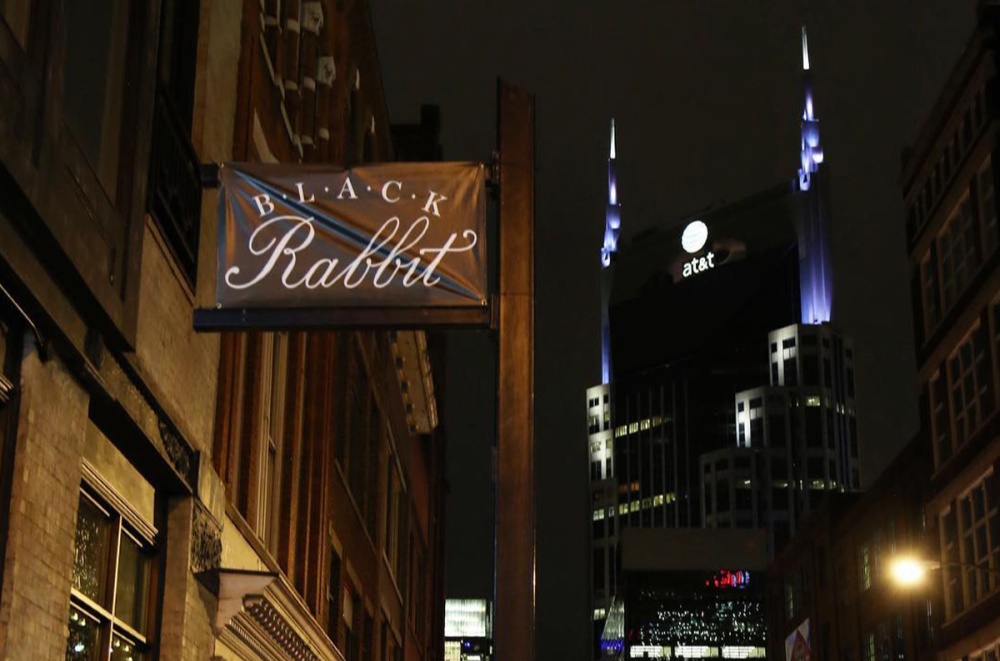 In the heart of Printer’s Alley, Black Rabbit is serving up craft cocktails, small plates, and more in what once was the legal offices of Frank Ragano, a known confidant of Jimmy Hoffa and other mafia icons. Sit by the embers with a hot toddy in this early 1900s-themed speakeasy to be transported to downtown’s bygone era. 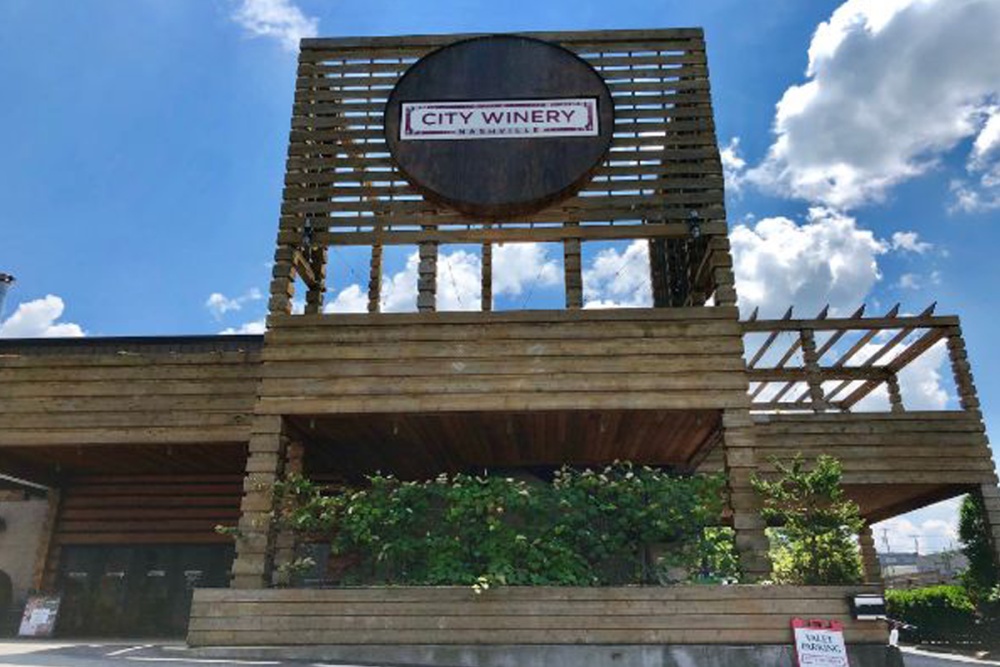 If your idea of a good time is sipping a glass of red, white, or bubbly, City Winery has got you covered. Unwind by the wood-burning fireplace in their intimate, second-story lounge as you enjoy everything from live music to theatrical productions to interactive comedy shows. Pro Tip: Their Chef’s Choice Macarons, paired with a Zinfandel, are quite the upgrade to holiday cookies and milk. 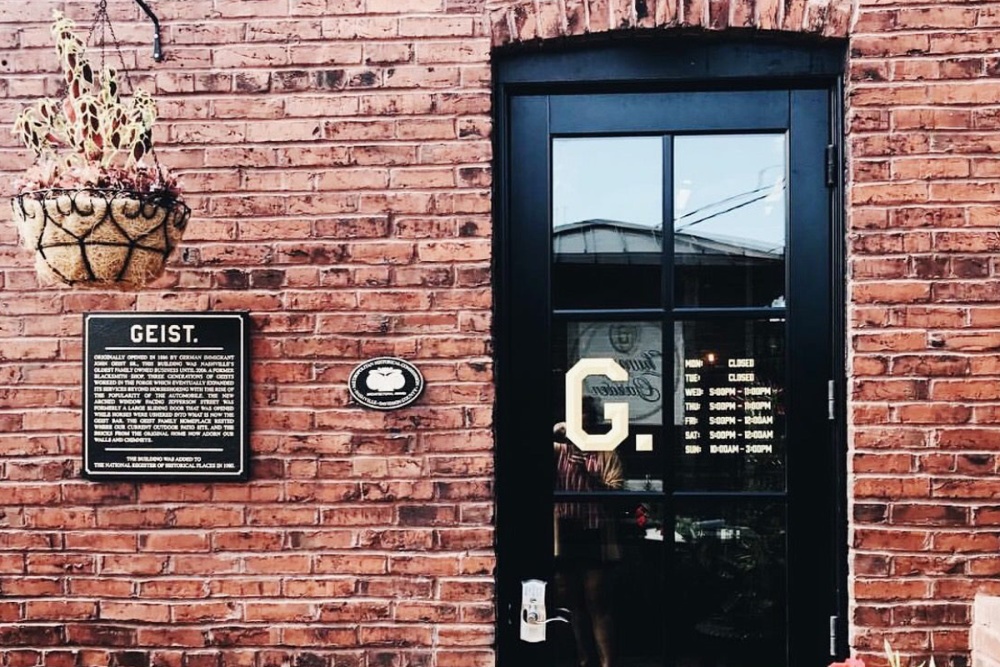 Originally a blacksmith’s shop in Germantown (est. 1886), Geist was recently named one of the “13 Most Beautiful Restaurants in America” by the Robb Report. Staying true to its history, chefs are now forging delicious entrees in an outdoor wood stove (which converts into a fireplace on colder nights). Their brunch with bourbon caramel cinnamon rolls will also be your excuse to venture out of the warm covers this weekend. 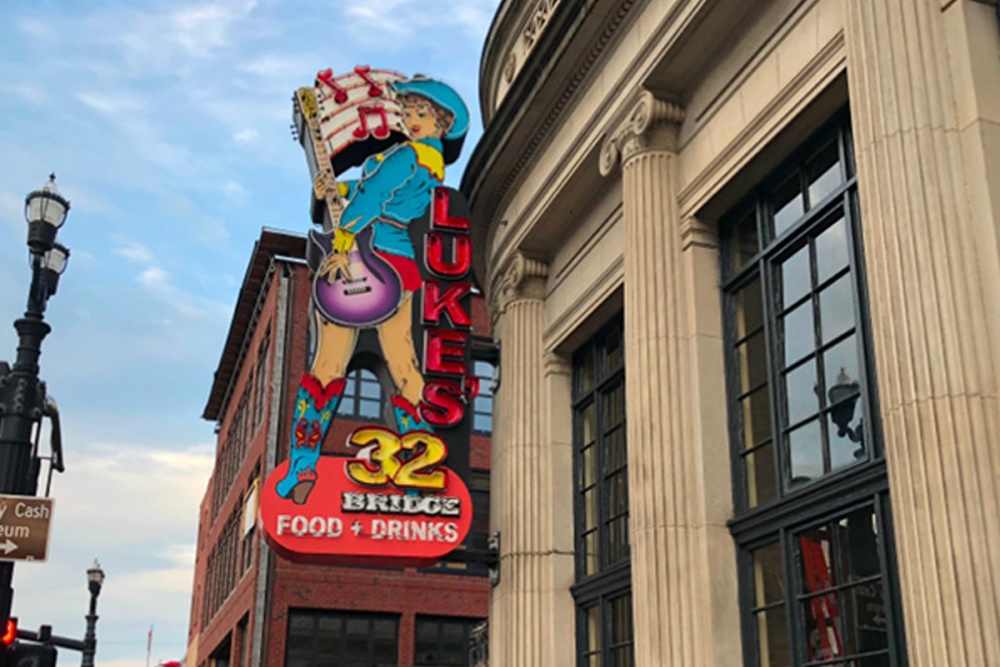 Don’t stay “Home Alone Tonight!” If you love the sites and sounds of Lower Broadway and want to hang out by a fire pit, visit the rooftop of Luke’s 32 Bridge. You’ll “Kiss Tomorrow Goodbye” as you “Drink A Beer,” eat hand-rolled sushi (one of Luke Bryan’s favorite dishes), and tell the live band to “Play It Again.” Bring along a “Country Girl” and your “Blood Brothers.” You’ll all be saying you “Don’t Want This Night To End.” 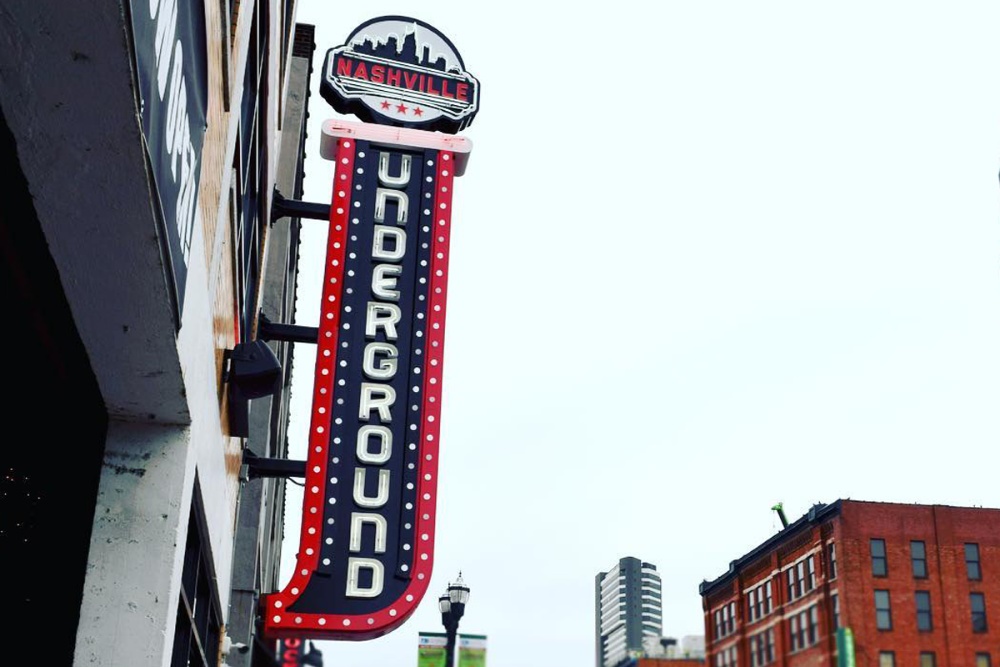 On a freezing day, what’s better than a warm bowl of soup? Adding a new take on a Music City classic, the team at Nashville Underground has created a Hot Chicken Ramen with noodles, rich broth, veggies, and a soft boiled egg.  If you save room for dessert, you can also try their Hot Ice Cream with spicey sauce, a Belgian waffle, candied pecans, and crispy bacon. Sound like your kind of place? Snag a spot on one of their comfy couches by the marble fireplace and check out their full menu of fiery treats.

Oak Bar At The Hermitage Hotel

The Hermitage’s Oak Bar is worth visiting for its history as much as its 130-bottle bourbon library. In the early 1900s, it was the scene of the “War of the Roses”, when champions of the Women’s Suffrage Movement (wearing yellow roses) faced off against anti-suffrage campaigners (wearing red roses) in front of Tennessee legislators. Largely thanks to these advocates, the state voted to ratify the 19th Amendment, breaking the tie in U.S. Congress and giving nearly twenty-seven million women in 1920 (and tens of millions since then) the right to vote. Tonight, and throughout 2020, grab a cocktail, take it up to the Grand Lobby’s ornate fireplace, and toast the ladies that changed the world. 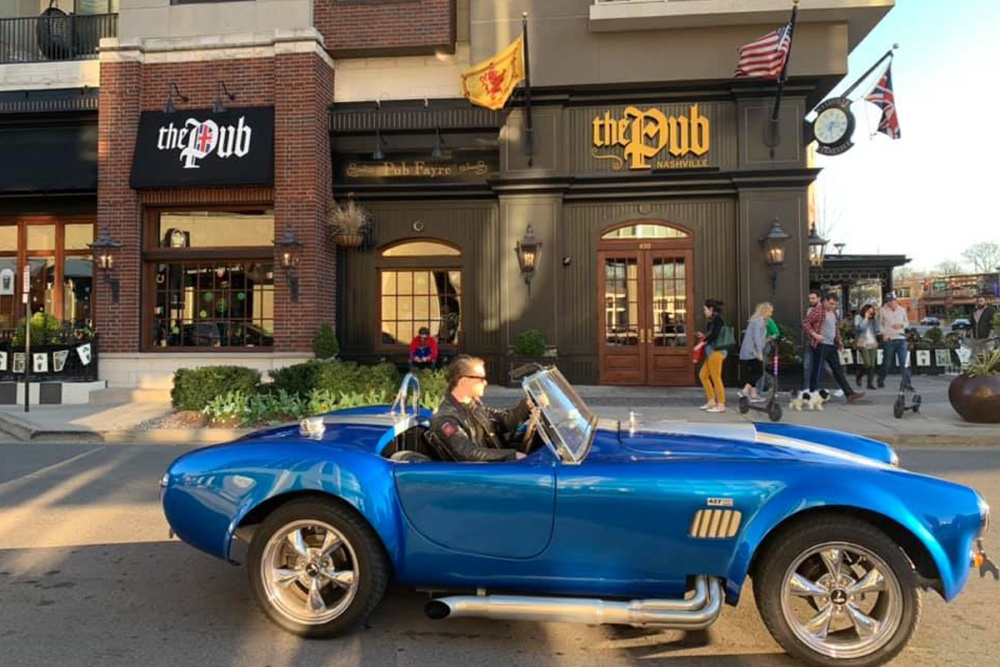 Why travel all the way to the British Isles when you can get the experience of a well-loved “local” at The Pub? On their well-loved patio in the Gulch, you and your friends can gather around their coveted table, with a built-in fire pit, and sip Millionaire’s Coffee with Irish Cream, Frangelico, and Kahlua. Also, try their Irish Coffee that’s so good you’ll swear you’re in Dublin. If you prefer your liquor “neat,” create a flight from their selection of over 100 Scotch, Irish, North American, and Tennessee whisk(e)ys. 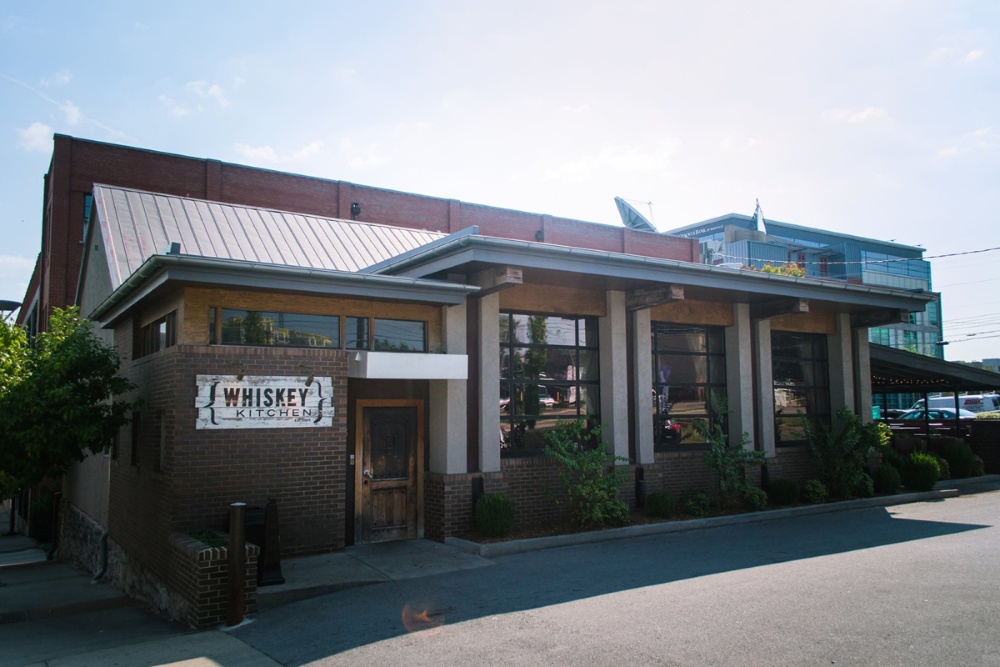 Speaking of one of our favorite kinds of spirits, Whiskey Kitchen offers Nashville’s largest collection of its namesake along with chef-elevated pub fare and wood-fired pizzas. Sophisticated enough for a date and casual enough for a night out with friends, their outdoor patio, complete with fire pit, is definitely a spot to visit as the temperature drops. With their signature cocktails by the glass (or the pitcher...yes, really), you’ll sit back, relax, and contend that the cold isn’t so bad after all.

Does your downtown restaurant have a fireplace or fire pit and is not on this list? Please let us know so we can include it!