Revered by many as the “Mother Church of Country Music,” the Ryman Auditorium was the home of the Grand Ole Opry from 1943 to 1974. The building was built in 1892 and named for Captain Tom Ryman, a wealthy riverboat captain. Ryman was inspired to sponsor the building’s construction after his religious conversion at a tent revival held by Sam Jones.  Originally known as the Union Gospel Tabernacle, the building was designed by local architect Hugh Cathcart Thompson. Before its Opry days, the Ryman’s excellent acoustics and large seating capacity made it the unofficial city auditorium, hosting performances by legendary greats as Caruso, Sarah Bernhardt, W.C. Fields, and Booker T. Washington, just to name a few.  The Ryman, now owned by the Gaylord Entertainment Company, continues to be a popular entertainment venue for musical performances of all genres. 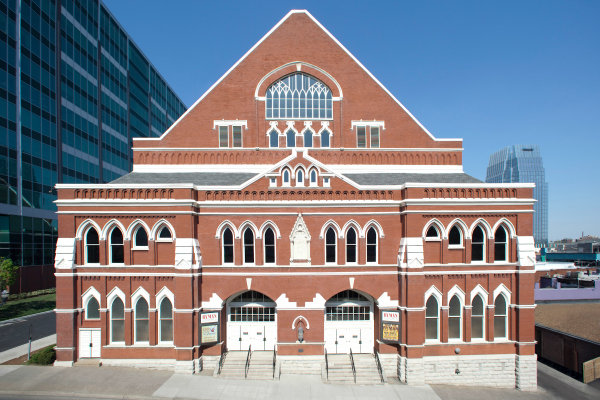 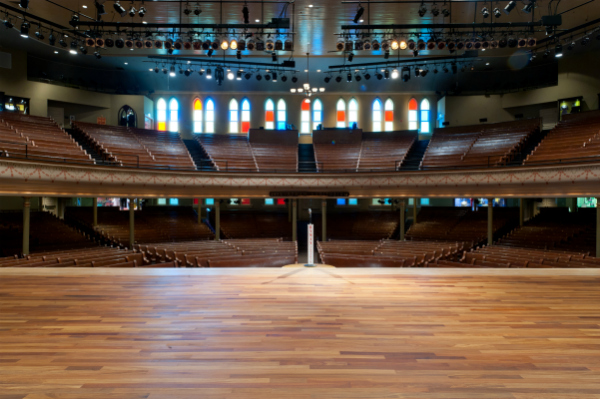 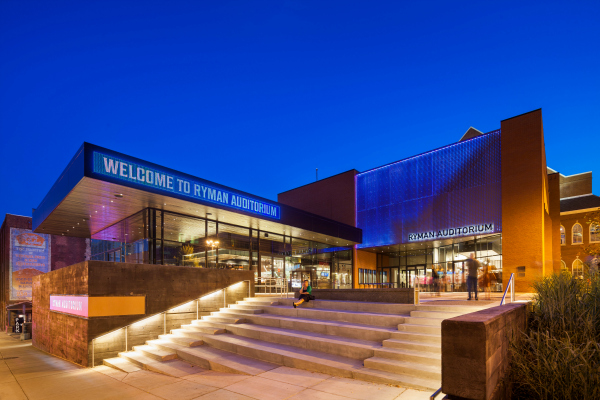 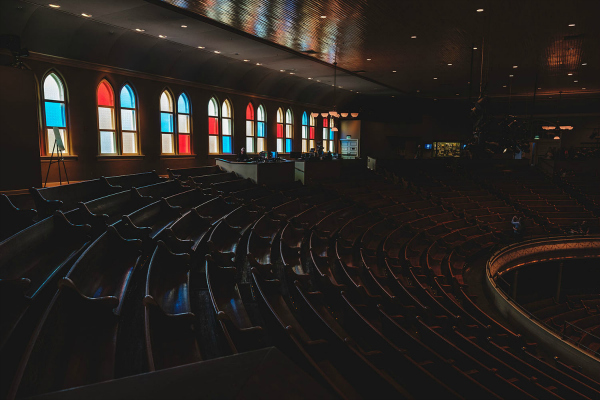