When President Rutherford B. Hayes laid the cornerstone of the Customs House on September 19, 1877, it symbolized the end of Southern Reconstruction after the Civil War. Approval for a federal building dates to 1856, but construction delays and the Civil War caused Nashville to wait for more than twenty years for a facility to house federal courts, customs, and post office. Treasury architect William Appleton Potter designed this grand example of the Victorian Gothic style. From its massive yet ornate stone block a central clock tower soars. The many rich details, such as the Gothic lancet windows and a deeply inset triple-arch entrance, make this an exceptional example of Victorian Gothic architecture. In the 1990s the Customs House was declared surplus property by the federal government and was turned over to Metro Nashville government which worked toward its renovation and reuse. The building is now leased from the city by a private firm which renovated its interior and leases the space to office tenants – a significant milestone in historic preservation in Nashville. 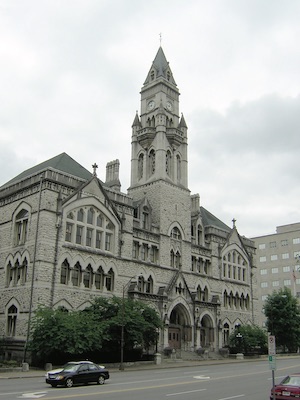